Rosacea has many symptoms, including the following:

• Frequent redness (flushing) of the face. Most redness is at the center of the face (forehead, nose, cheeks, and chin). There may also be a burning feeling and slight swelling.

• Small red lines under the skin. These lines show up when blood vessels under the skin get larger. This area of skin may be somewhat swollen, warm, and red.

• A swollen nose. In some people (mostly men), the nose becomes red, larger, and bumpy.

• Thicker skin. The skin on the forehead, chin, cheeks, or other areas can become thicker because of rosacea.

Doctors don't know the exact cause of rosacea. Some doctors think rosacea happens when blood vessels expand too easily, causing flushing. People who blush a lot may be more likely to get rosacea. It is also thought that people inherit the likelihood of getting the disease.

Though not well-researched, some people say that one or more of these factors make their rosaces worse:

• Long-term use of steroids on the face

People with rosacea and pimples may think the pimples are caused by bacteria, But no one has found a clear link between rosacea and bacteria. 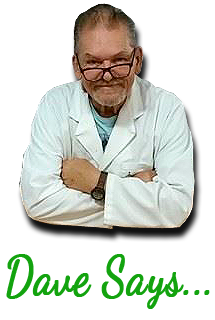 Rosacea... this condition affects many people to some degree, and is caused by many factors, commercial soaps being a main contributing factor. The constant exposure to alcohol in commercial cosmetics and soaps.

The Royal Honey Bar along with our Emu Oil massaged into the affected area will work quickly to improve this condition. For a complete program, use Royal Honey twice daily, followed by face and body cream under makeup in the morning, and Emu Oil at night, remove your makeup with Royal Honey, let off using any commercial products. Also natural science studies have found that many skin disorders are a sign of vitamin and mineral deficiency's and taking a natural form of vitamin C and B complex can greatly help those conditions.

Drinking water in adequate amounts (one half gallon of distilled water daily) will also help to deliver the nutrition into the skin more effectively.